Virtual Discussion
10:00 am – 11:00 am  US Mountain Time
Speaker:
W. Brian Arthur
Our campus is closed to the public for this event.

In this talk, W. Brian Arthur discussed the background, motivations, and core insights of complexity economics, which he has played a key role in developing over the last 30+ years. This discussion was based on Brian's recent Nature article, which provided a high level overview of complexity economics and its contributions.

Broadly speaking, conventional, neoclassical economics assumes perfectly rational agents (firms, consumers, investors) who face well-defined problems and arrive at optimal behaviour consistent with — in equilibrium with — the overall outcome caused by this behaviour. This rational, equilibrium system produces an elegant economics, but is restrictive and often unrealistic. Complexity economics relaxes these assumptions. It assumes that agents differ, that they have imperfect information about other agents and must, therefore, try to make sense of the situation they face. Agents explore, react and constantly change their actions and strategies in response to the outcome they mutually create. The resulting outcome may not be in equilibrium and may display patterns and emergent phenomena not visible to equilibrium analysis. The economy becomes something not given and existing but constantly forming from a developing set of actions, strategies and beliefs — something not mechanistic, static, timeless and perfect but organic, always creating itself, alive and full of messy vitality. 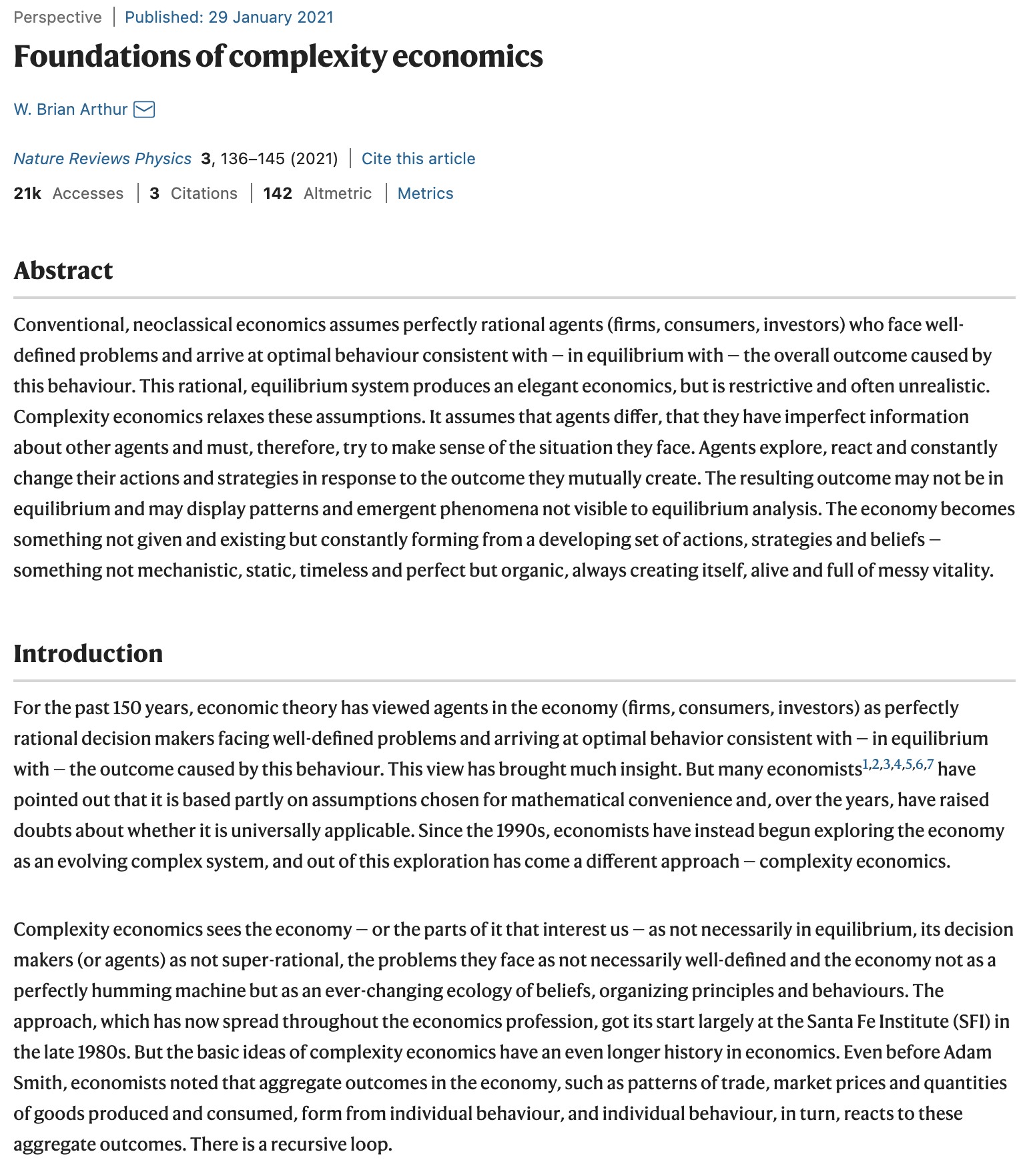 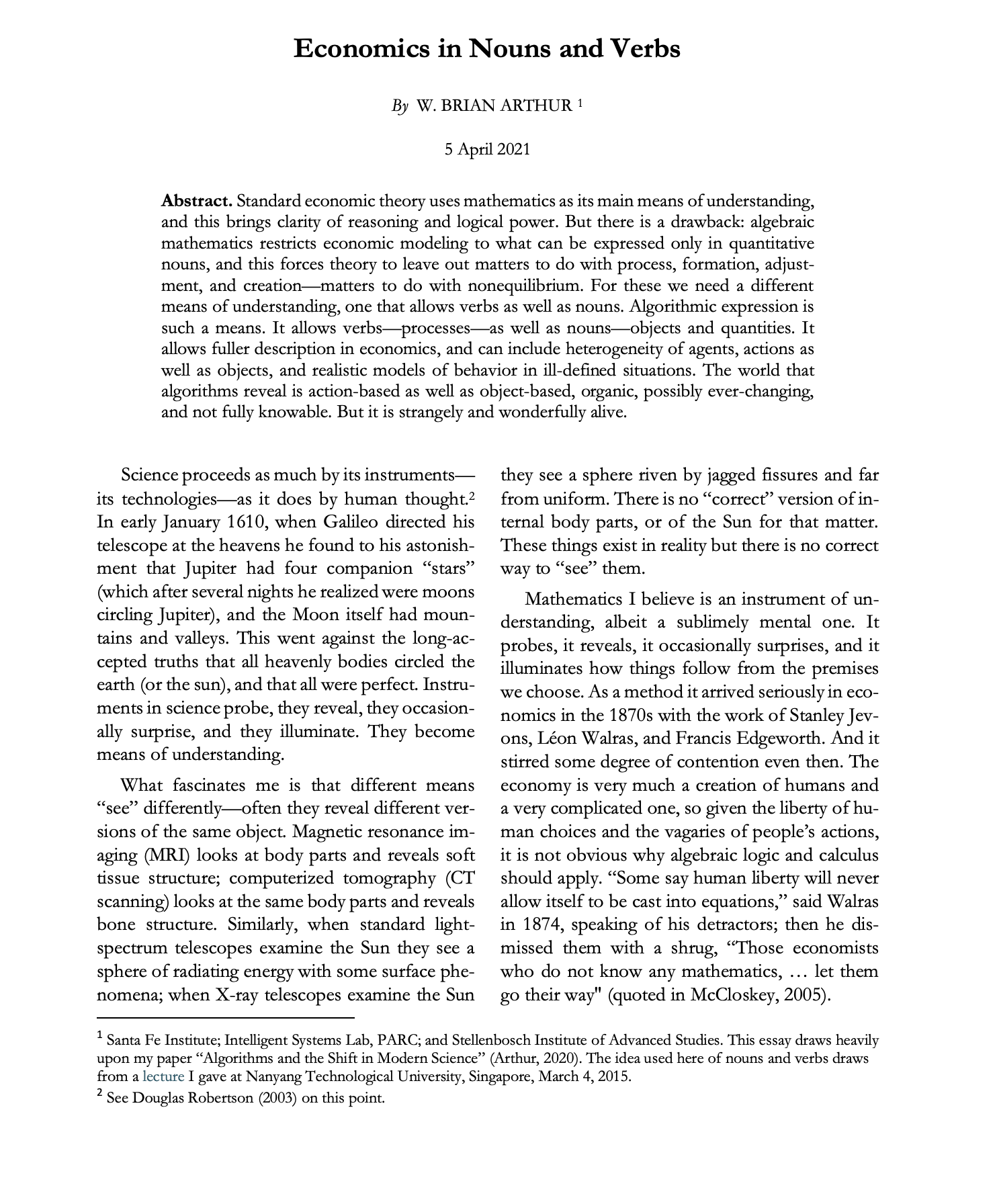 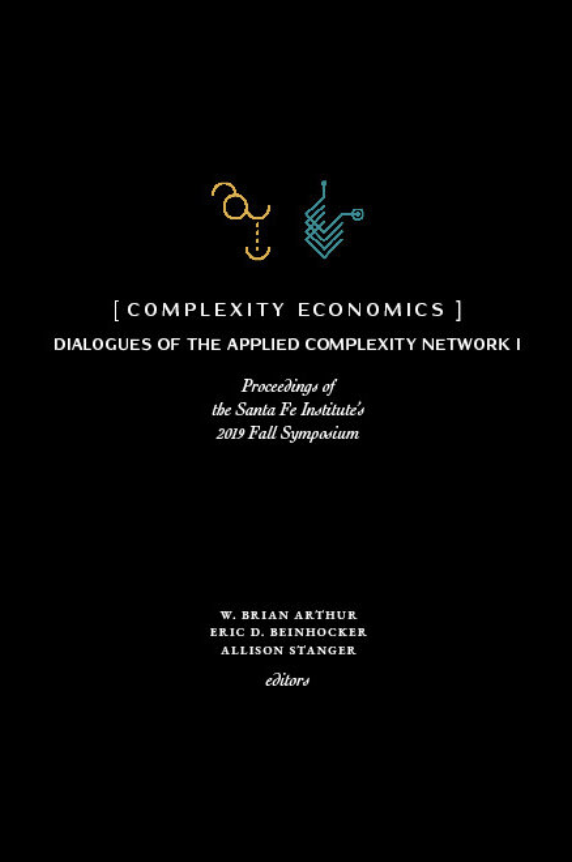 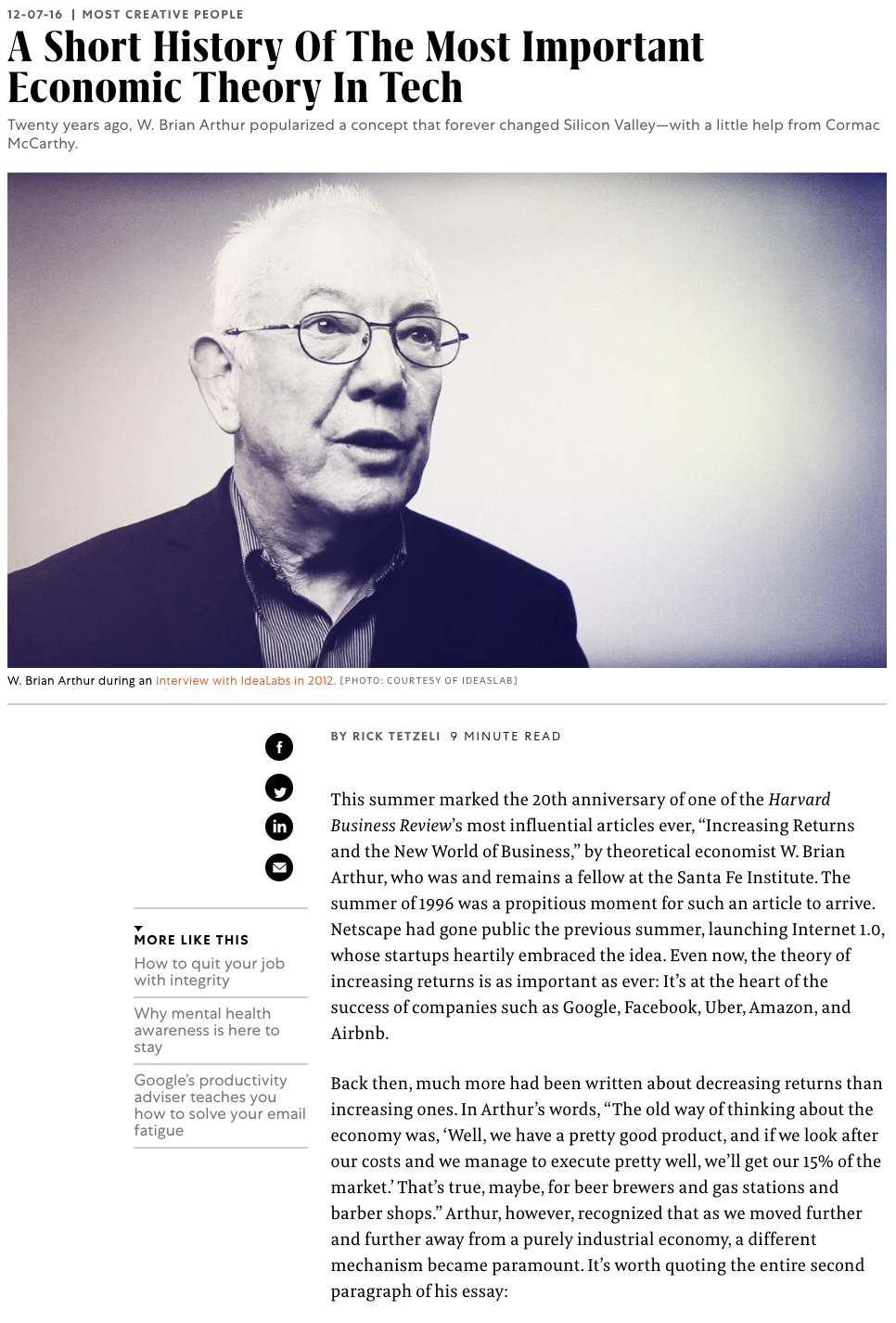 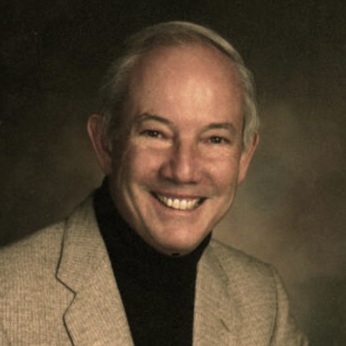 In the late 1980s, Brian Arthur led the group at the Santa Fe Institute that developed "complexity economics" as an alternative approach to standard economics. In addition to complexity economics, Arthur has made notable contributions in the areas of increasing returns and the evolution of technical innovational. He is an External Professor at the Santa Fe Institute, and Visiting Researcher at the Intelligent Systems Lab, PARC.

ACtioN Briefing: How Can Complexity Economics Give More Insight Into Political Economy

The Complexity of Bias

Innovation and the Periphery: Sources of Novel and Lasting Change

The Complexity of the Patent System

AI, Computational Social Science, and the Future of Work

The Complexity of Platforms

Annual Business Network and Board of Trustees Symposium "Money and Currency: Past, Present, and Future"

Limits to Forecasting and Prediction