In 2011, Sean Carroll was sipping coffee on a boat traveling between Bergen, Norway, and Copenhagen, when it occurred to him that there was no better model for how life emerged from chaos than his favorite hot drink. Or, as he put it later, “why complexity increases with time and then decreases — in contrast to entropy, which increases monotonically.” The boat was hosting FQXi’s physicist conference, and when the theoretical computational scientist Scott Aaronson, who was on board, heard Carroll’s question, he fell in love with what he called Carroll’s beautiful idea. After recruiting undergraduate Lauren Ouellette as a collaborator, he and Carroll released a paper that tried to quantify the process that led to the creation of the universe as we know it. They modeled how cream mixes with coffee. Since then, Carroll has been fixated on an idea: if complexity arising out of increasing entropy can shed light on the state of our universe, what else might the process explain?

Carroll now sits at Richard Feynman’s old desk as a research professor of theoretical physics at the California Institute of Technology. He wasn’t trained in complexity studies. He’s a physicist and a well-known writer and public commentator. He made his mark in the field in the late nineties and early aughts by contributing to the science of dark energy and dark matter, those mysterious and still unseen forces that, as Carroll posited, are very likely the driving engines behind the universe’s accelerating expansion. Carroll’s best known for his popular work in science communication, which you might sum up as testing every major theory in existence — from evolution to God — against the laws of physics. He believes the natural world is governed by natural laws.

Tall, red-headed, and with that rare ability to speak off the cuff like he’s reading from a prepared script, you may recognize Carroll from any number of outlets. He was on the Colbert Report, explaining the Higgs-Boson discovery. He’s talked to Google employees about why time always flows toward the future, debated the existence of God with esteemed Christian theologian William Lane Craig, and written four popular books, one a bestseller called The Big Picture. 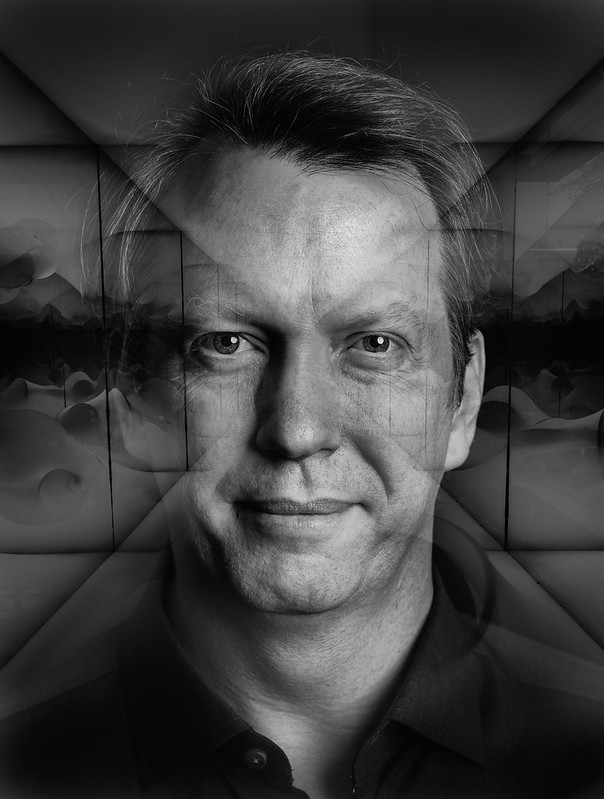 Carroll identifies himself as a physicist, but intellectual omnivore is just as apt. “I chase ideas that interest me,” he says. “The most exciting thing I can do is learn.” Now, transitioning from an external professor to a fractal faculty member at the Santa Fe Institute, he's trying to learn how to build a framework that allows for the seamless connection of foundational physics — quantum mechanics, spacetime, the Core Theory — to higher level phenomena like the evolution of neural networks. “We need to better understand and elucidate the nature of the levels of reality: what they are, how they relate to each other, and how different levels can be investigated for different purposes,” he says. He believes the path to this understanding lies through complexity.

Carroll insists that studying complexity is an extension of his 25-year physics career, not a diversion. To illustrate his point, he goes back 13.77 billion years to the birth of the universe. Our best theories predict that plasma was then evenly dispersed throughout space. You could take one particle and randomly swap it out for any other particle and nothing would change. Remember the coffee? In this state, the universe was black coffee with separate cream — low entropy and low complexity. Then the Big Bang blew and what was low entropy began transitioning to higher entropy. In Carroll’s model, cream was mixed with the coffee and complexity bloomed.

Over time, matter self-organized into systems and sub-systems, such that it was no longer possible for one particle to swap out with another without radically changing the reality. Stars formed. Planets shaped. And once Earth existed, atoms became cells that spawned life that eventually produced the very consciousness occupying our minds. Carroll sees the universe's fate mirroring that of the coffee’s: when the cream is fully mixed, entropy will be high but complexity low. Matter will be too widely dispersed to foster complexity. And when that happens 100 trillion or so years from now, life will necessarily fizzle. “Those swirls of cream mixing into the coffee,” Carroll wrote in a passage in his book the Big Picture. “That’s us. Ephemeral patterns of complexity, riding a wave of increasing entropy from simple beginnings to a simple end. We should enjoy the ride.”

At SFI, Carroll and his colleagues are asking whether it’s possible to quantify the process of how complexity appears when low entropy transitions toward high entropy. There is no law that says it has to — so why does it? If the conditions that allow for the formation of complexity can be understood, maybe the thermodynamic arrow of time — increasing entropy in the universe — can be used to explain cause and effect here on Earth? Maybe we can better explain the origin of spacetime? The origins of life? The origins of consciousness? Maybe, Carroll hopes, he can even apply the principles that explain complexity’s rise to social forces relevant to this moment in time, like why democracy forms and why it breaks. The answers to these questions and others may lie in his next cup of coffee.