“The origins of the Santa Fe Institute stem from a handful of extraordinary minds who dared to imagine ideas bigger than academic fields, deeper than disciplinary practices, and more lasting than social grand challenges. Ken Arrow exemplifies the unique spirit of open-minded unifying rigor that SFI continues to pursue. Moreover, he was one of the architects and founders of this living philosophy at SFI,” says SFI president David Krakauer.

“There have been only a handful of truly great social scientists in the last few centuries, and Ken was one of them,” writes External Professor John Miller.  “He was both technically smart and scientifically wise, and he combined impressive mathematical abilities with a deep and practical knowledge of social institutions. He was a master at taking a problem and refocusing it in a way that provided new insights and fertile frontiers.”

Arrow’s mentee and former colleague W. Brian Arthur, also an External Professor, adds: “The striking thing about Ken was not just his brilliant mind — he was curious about everything. The striking thing was his generosity. He helped younger people constantly, and always had time to discuss ideas.”

Arrow’s former student and collaborator, SFI External Professor John Geanakoplos, writes: “The two most famous models in economics (of general equilibrium and social choice) are his. The most famous proofs (of existence and efficiency of equilibrium, and of the impossibility of coherent non-dictatorial social choice) are his. No economics teacher, with the possible exception of Keynes, has ever mentored more brilliant students (five Arrow students have won Nobel Prizes).”

“He created the modern definition of equilibrium, yet he embraced the non-equilibrium approach to economics of the Santa Fe Institute. He gave the most illuminating and general proof of the “Pareto efficiency” of equilibrium with complete markets, yet he sometimes regarded the proof as important because it made clear why equilibrium would not be efficient without complete markets. As he said, one should always work both sides of the street,” writes Geanakoplos.

Arrow’s early theories of social choice proved the impossibility of creating an ideal voting system and profoundly influenced the social sciences. “It fundamentally altered our understanding of what is possible,” Miller writes.

His general equilibrium theory of market economies won him a Sveriges Riksbank Prize in Economic Sciences in Memory of Alfred Nobel in 1972, which he shared with his collaborator John R. Hicks. The theory validated Adam Smith’s 18th-century insights by providing a quantitative framework under which self-interest can drive a system of markets toward the greater good.

During his prolific career, Arrow also advanced the economics of information, influencing insurance and health care policy as he opened up new theoretical frontiers.

He was also one of the first economists to note the existence of the learning curve.

Arrow is survived by his two sons, David and Andrew, and his sister, Anita Summers. His wife, Selma Schweitzer, passed away in 2015.

Arrow’s involvement with the Santa Fe Institute began in 1987 when he initiated, with SFI Science Board Emeritus Phillip Anderson and SFI co-founder David Pines, a now-famous meeting between physical scientists and economists titled “The Economy as an Evolving, Complex System.”

At the time, Arrow had already won the Nobel Prize for his general equilibrium theory.

“Ken became famous for having worked out the most extensive version of general equilibrium theory in economics,” Arthur writes. “Yet he was fascinated by the non-equilibrium economics we pioneered in Santa Fe, and publicized it. He didn’t go by fashion or orthodoxy; he was interested in any economics that was realistic even if it countered the usual assumptions.”

"Ken Arrow was the leading economist of the 20th century, whose impact outside the field was extraordinary, but there is much more to be said about him," writes Pines. "Ken was a terrific human being and a fantastic collaborator as I learned when we worked with Phil Anderson to organize the now legendary 1987 SFI workshop on “The Economy as an Evolving Complex Adaptive System.” His taste in people and topics was impeccable as he selected the ten economists who would join ten theoretical physicists as participants, and, for the next 30 years, he happily served as the guiding spirit of the major SFI program that ensued."

Arrow played a pivotal role in founding the Institute’s economics program, which delved into themes that would eventually seed change in the field. These, according to Arthur, include agent-based modeling, non-equilibrium, increasing returns, complexity within the economy, and the economy as a computational system.

As a longtime member of SFI’s science board, Arrow helped set a course for the Institute’s evolving interdisciplinary research program and cultivate the spirit of maverick rigor that has characterized SFI science its inception.

In a recent talk at the Institute, Arrow simultaneously illuminated his many contributions to the field of economics while also recognizing their innate limitations and the need for a complex systems approach moving forward.

“It is an endless source of inspiration to find among those who have done so much, the insatiable desire to do more, even when this requires challenging their own prior achievements and reaching out to those new ideas and researchers re-cultivating a field they first plowed. This is very close to the essence of science,” says Krakauer. 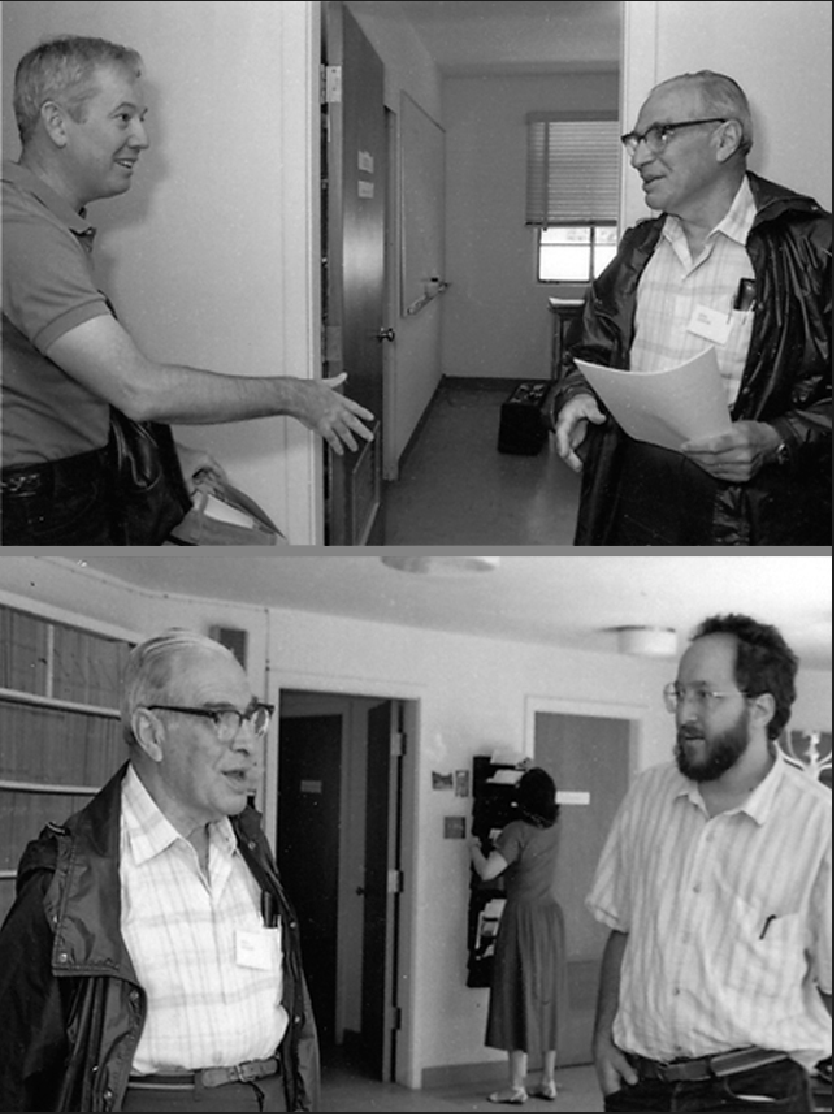 Among his many achievements, Arrow received the Nobel Memorial Prize in Economic Science, the American Economic Association's John Bates Clark Medal, as well as the National Medal of Science.

He served on the faculties of the University of Chicago, Harvard, and Stanford, and on the external faculty and science board of the Santa Fe Institute. Prior to that, he served as a weather officer in the U.S. Air Corps (1942-46), and a research associate at the Cowles Commission for Research in Economics (1947-49).

He was a member of the National Academy of Sciences and the Institute of Medicine. He received a B.S. from City College, an M.A. and Ph.D. from Columbia University, and holds approximately 20 honorary degrees.

Geanakoplos recalls a seminar where “after pointing out that a speaker’s main result had already been derived in a different field, he advised that there was no need to lament, one should always be grateful to find knowledge in the world. When another speaker pleaded that one mistake shouldn’t spoil a whole talk, Arrow told him he was right, that a roomful of darkness couldn’t put out a single candle.” 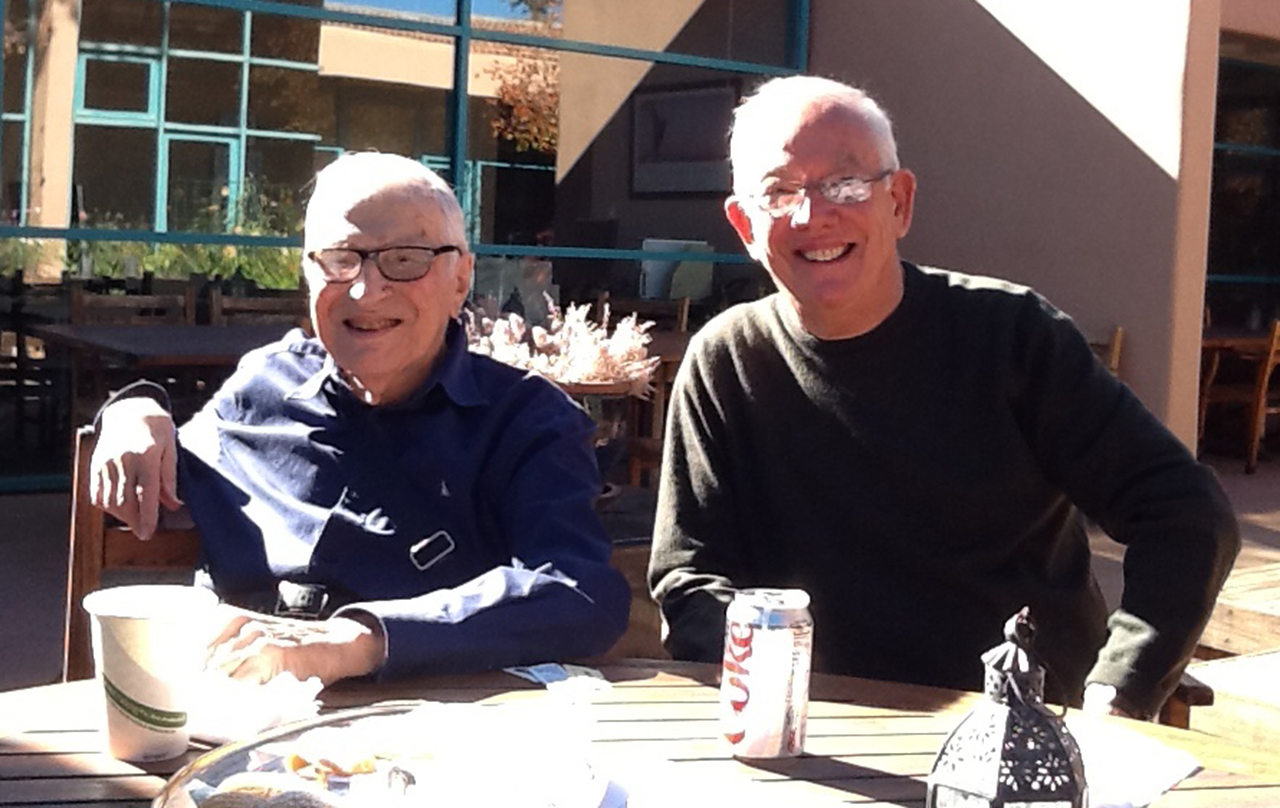 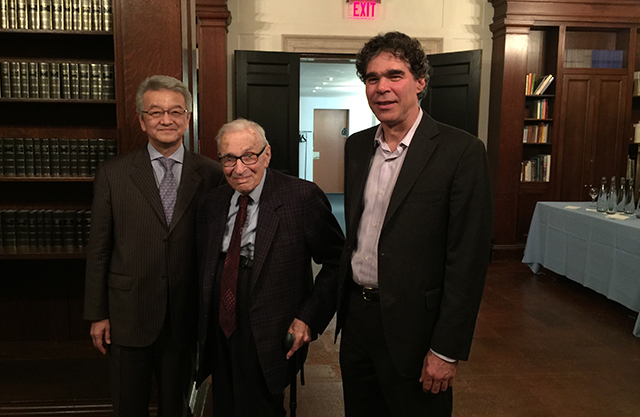