The inaugural InterPlanetary Festival (Codename: GENESIS) took place in the Railyard Plaze in Santa Fe, NM on June 7th & 8th, 2018. The festival drew thousands of space enthusiasts from around the world for a celebration of complexity and human ingenuity, panel discussions, live music, games, and other festival events. You can view all of the first InterPlanetary Festival's panels below, exploring the many facets of what makes a successful life-support system on our planet and beyond.

"This is a festival where we’re asking people to come and have fun, but also to contribute towards a global challenge of becoming an InterPlanetary civilization…” said SFI President David Krakauer.

As a global destination for both the arts and sciences, Santa Fe is the ideal location for a festival that celebrates innovation across these domains. The InterPlanetary Festival coincided with the opening of the CURRENTS New Media art installation, and the inaugural Nation of Makers Conference (NOMCON). "The arts — visual arts, cinematic, literary, musical — expand our imaginations and they explore territories that we don't even know exist. I've always felt that science wouldn't function without the arts. Art plays a critical role in the InterPlanetary Project."

Funds for this festival was generously provided by Bill Miller through the Miller Omega Program. 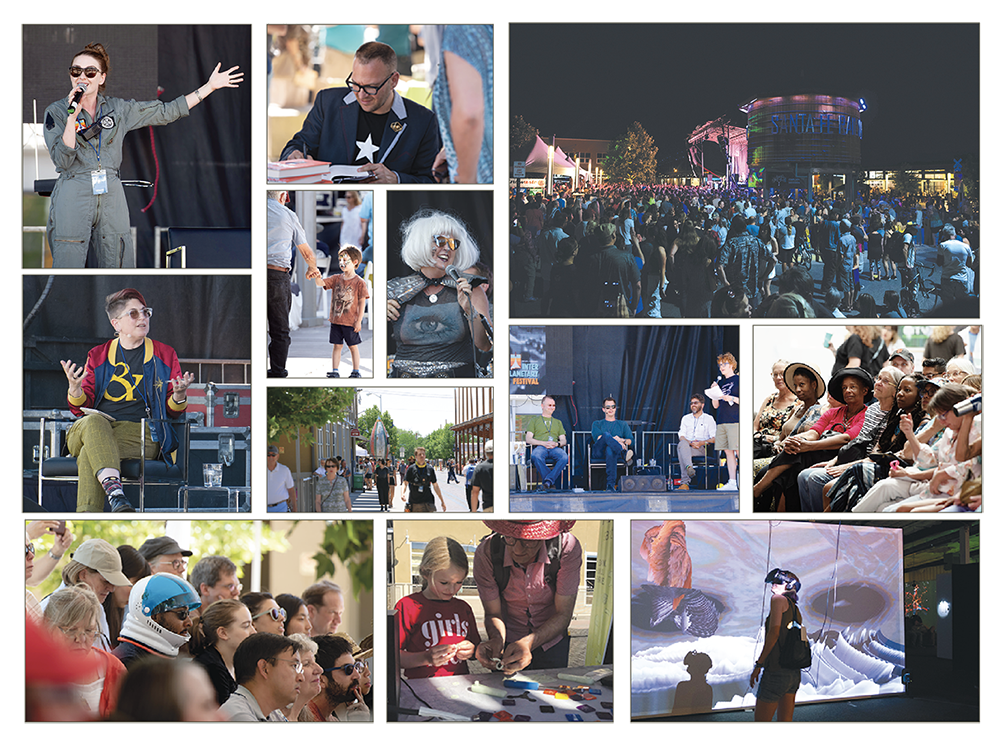 A mechanism for the evolution of prebiotic autocatalytic sets

Feasible but Undiscovered Metabolisms: Thermodynamics, Evolution, and the Origin of Life.”

Language as a Window into Mind and Society

The Many Worlds of Quantum Mechanics

Foundations for a New Political Economy

Using Computation to Drive the Self-Assembly of Complex Structures